I know I often talk rubbish but it seems obvious to me that you cannot leave the safeguarding of our environment to politicians, especially in Wales.  The re-emergence of Badger culling in West Wales against all the sound scientific evidence and a defeat in the law courts beggars belief.  It seems that one stubborn woman is determined to have her way and appease her farming friends. I hope she is aware that there is an election next May. 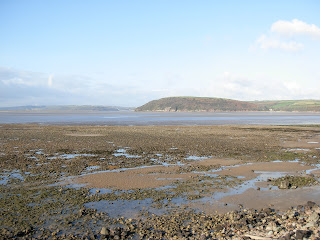 Today I spent some time reading a consultation document called A Living Wales.  This document has been published by the Welsh Assembly.  I could not believe that WAG consider fishermen and farmers to be the sole stewards of biodiversity in the countryside.  Most of the latter have exploited and continue to exploit the countryside and species for their living.  There is nothing wrong with this as long as there are checks and balances. WAG has obviously forgotten about the many nature conservation bodies working in Wales.  Surely the future of biodiversity in Wales is best pursued by a partnership of fishing and farming interests together with nature conservationists, recreation bodies and all who have an interest in the countryside.  This is already working well in many areas of England.

I note that the new agri-environment scheme for Wales Glastir has received a lukewarm reception by even farmers who already do much for wildlife on their farms. I heard that only 25% of farmers have signed up for this new initiative.  I reckon that even if 100% had come forward the prescriptions would have led to little improvement for the lot of our wildlife.

There are many LBAP groups and other WAG quangos set up to discuss nature conservation in Wales. The trouble is there seems to be a lot of discussion but too little action. 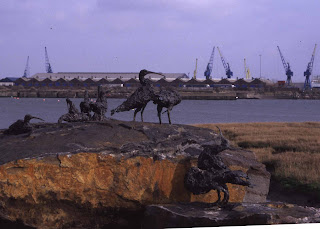 If we ever need reminding of the stupidity of some politicians you only have to find the Curlew statue in Cardiff Bay by the hotel.  After barraging acres of precious estuarine mud and destroying the habitat of many species of shorebirds for largely cosmetic purposes, the erection of the statue seems like a memorial or is someone taking the micky?

Never mind I still remain an optimist!
Posted by Derek Moore at 11:22